The museum site is the old Chamberlain Auto Camp. The property is next door to the original house built by the Chamberlains, an early pioneer family, and founders of the Columbia Gorge Rock Club. The Corbett Country Market was also built by the same family as the house and auto camp. The museum will host and profile artifacts, documentation, and photos representing the “paths” our ancestors lived.

The Indigenous People’s Path chronicles of the lives of the earliest peoples of the area and will include the oral, pictographic and petroglyphic histories of indigenous peoples and tribal families. The Exploration Path contains the oral, written and pictographic journals of European, Asian, and North and South American explorers and traders. The Pioneer Families Path will present the oral, written, and photographic records of settlement by peoples from around the world in the 1800’s, 1900’s, and early 20th century.

Drawings, sketches, and paintings are also part of the historical records of all three paths. Within the Pathways will be further divisions illustrating the ways of life and industries of the area: fishing /canneries, hunting, trading, logging /lumbering, vegetable and nursery plant farming, and dairying.

The museum exhibits will include cultural and social aspects of each segment of our long history. The historical footprints of our shared past will be represented in the new facility. 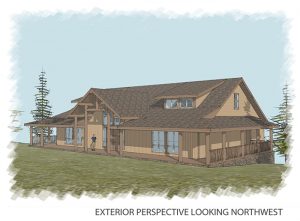 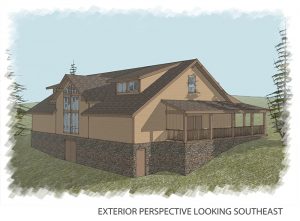